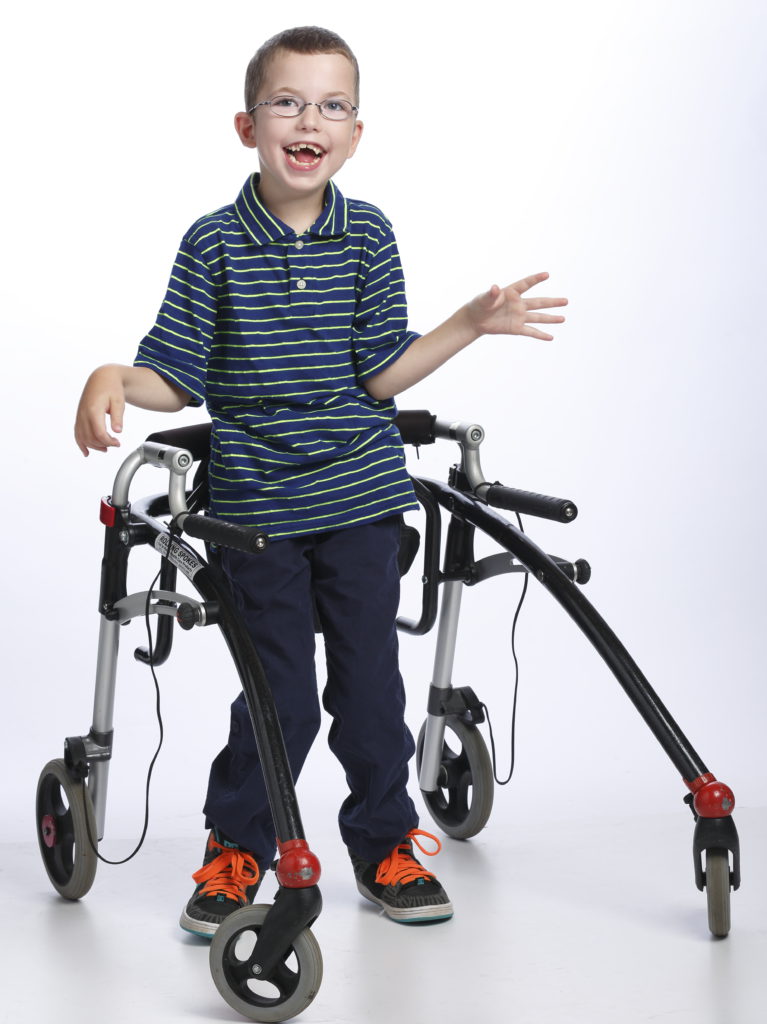 Garrett absolutely loves playing with his trains, especially when his dad builds him a very high bridge for his trains to cross. He is always smiling and his happiness is contagious. It’s Garrett’s infectious personality that helped the family persevere when he was diagnosed with cerebral palsy when he was one-and-a-half years old.

As Garrett has grown, he has received numerous pieces of equipment from the Children’s Rehabilitation Foundation, including a floor sitter, a stander, a walker, a Freedom Concepts bike. The foundation has also funded numerous modifications for his different seating chairs, toilet seat, and bath seat.

“The equipment we have received from Children’s Rehabilitation Foundation has made a huge impact on our lives in so many ways,” says Garett’s mom, Liza. “It has given Garrett the chance to have as close to a normal life as we can give him. It has helped him achieve goals that otherwise would have been out of reach. It upped his quality of life more than we could explain.”

This entry was posted in Children's Stories. Bookmark the permalink. Both comments and trackbacks are currently closed.
Loading Comments...